[Review] The Legend of Zelda: A Link Between Worlds

When The Legend of Zelda released in 1987 I was 8 years old and it quickly became one of my favorite game franchises of all time. Through the years I have played and still own every single Legend of Zelda game that has been released. From the 1987 classic, to the downright travesties of the CD-i games, all the way through the latest A Link Between Worlds, I’ve played them all through to completion. While the original is still my favorite, I have loved them all (Yes even the terrible ones). I’m proud to say A Link Between Worlds is not terrible and is one of the most enjoyable games I’ve played in recent memory. I’m sorry if this ruined the ending of this review for you, but please read on to find out why this game is so good. 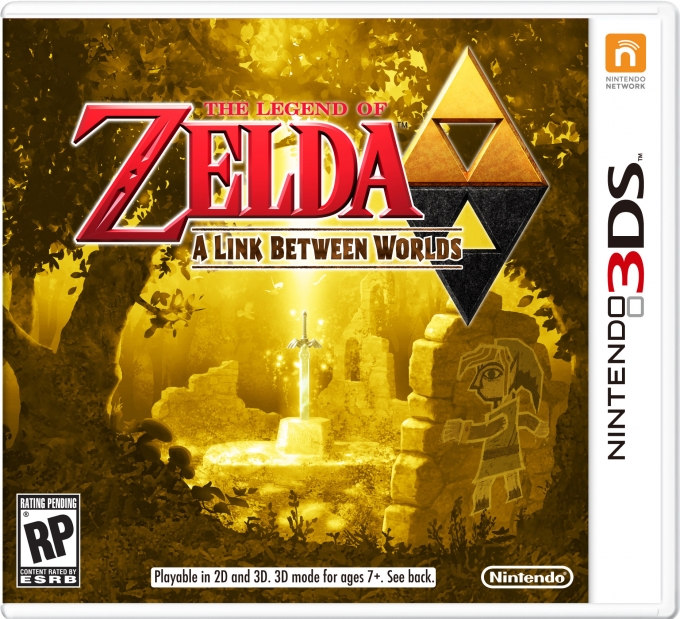 The latest game takes us back to the Hyrule from the SNES days. It not only takes us back there, but literally uses the exact same map from A Link To The Past and this is my only extremely minor complaint with the game. The map felt all too familiar and a tad bit lazy on Nintendo’s part. While this was a very slight downside to the game, it is in no way a detriment to the game and can also be viewed as strong suite. Much like a well worn pair of underpants, slipping back in to this world feels great. Yes, I’m aware of the contradiction in terms here, but if you’re under 20 years old and not in to classic gaming it will feel new to you. Besides, the rehashed map is literally an homage for what becomes an entirely new game when you begin to dig in to it and find the all new dungeons, progression system, and gameplay devices.

The story is pretty much the standard Zelda story. Sticking close to the original SNES story, the sages (Including Princess Zelda) are kidnapped by the dark wizard Yuga in the hopes to release Ganon’s spirit from his prison and give him the ultimate power, the Triforce of Power. Of course it’s up to our green tunic’d hero to save the day. The difference here is while Zelda rules over Hyrule, Princess Hilda rules over Lorule, which is being torn apart. As I said, standard Zelda story, but very intriguing with twists and turns that will keep you guessing.

The old way of progressing through a Zelda game required you to tackle the dungeons in a specific order to obtain the upgrades necessary to move on to the next. Those linear days are gone my friends. Now if you have the rupees, you can own the upgrades necessary to progress through any dungeon you want. You “rent” things like the boomerang, hookshot, and all the other standard Zelda items from Ravio. Once you have the items, it’s up to you to determine which one is used for which dungeon. The real catch to this rental structure is, if you die whatever items you were renting are returned to Ravio and you must rent them again. This can become troublesome in the boss battles, as they can be quite tough. However, it is a great way to remove the linearity from the game and make the formula we are used to feel fresh and new. There are a few exceptions to this “rental” structure, but they are easily worked in to the story. The other new gameplay mechanic is Link’s ability to become a painting on flat surfaces. Link literally becomes controllable art on the walls. This allows link to slip between cracks, escape through prison bars, and go through portals to reach Lorule. The new power also becomes a life saver when facing boss battles, as you are semi-invincible when in the walls. Both the wall phasing and items have a meter that limits the use of them, but it replenishes when not in use.

Of course, what new game would be complete without collectibles? There are collectibles in the game that allow you to not only upgrade your items as you progress, but also upgrade the Master Sword. Hidden within certain dungeons are materials that allow the Master Sword upgrades. Also, the fetch quest of finding 100 Maiamais for Mother Maiamai allows you to upgrade all the items from Ravio’s shop. While not completely necessary, this does give the game a tad bit more gameplay time. With how beautiful this game looks on the 3DS, who can blame you for wanting to spend more time in the 2 kingdoms?

Speaking of graphics, the game really is stunning to look at. The subtle things are what really make the game pop. Everything from the original SNES is there but they have been upgraded immensely. While everything is still small and doesn’t have the super-sharp HD look of bigger screen consoles, the 3DS really does a great job with this one. The 3D is put to decent use, but definitely not necessary to having the full experience. The music has also been reworked and fully orchestrated. The tunes will seem familiar to fans and have you humming along as you play right from the very beginning.

In summation, this is a Zelda fan’s dream. The beautiful graphics for a portable game are great and music that sticks with you. Gameplay is tight and exactly what you’d expect from a Zelda game. The new rental system works quite well and allows you to tackle the game like you’ve never been able to before. While a rehashed map may be a detriment to some, it doesn’t hurt an overall great experience. As I said in the beginning, A Link Between Worlds is one of the most enjoyable games I’ve had the pleasure of playing in years. I had brand new games sitting unopened that I had been anticipating for months and months, while I completed this one. While there has been no real shortage of great Zelda games in recent memory, this one really is this long time fan’s dream come true.