Elder Scrolls Online is available for pre-order on PC/MAC in Digital or Retail Editions, and Playstation 4/Xbox One in Retail Editions. There is a Standard Edition and Imperial Edition. 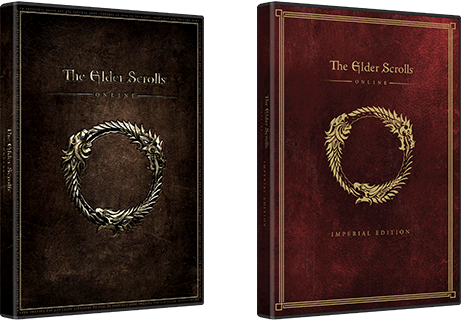 The Standard Edition is going for $59.99 and includes 5 Days Early Access, and 30 Days of Included Game Time.

The Imperial Edition is going for $79.99 and includes 5 Days Early Access, 30 Days of Included Game Time, and all of these additions:

Play as an Imperial

Become an Imperial and play in any Alliance. Gain unique bonuses, crafting styles, gear and more

Summon this exclusive Imperial mount and journey through Tamriel with increased speed.

Transform any gear you own into Imperial styled gear.

Complete the Ritual of Mara with a friend and receive an experience bonus when you play together.

Explore Tamriel with this exclusive vanity pet scuttling along by your side.

After the initial 30 days of included game time your subscription will cost $14.99.