Who Lurks in the Shadows of Marvel vs. Capcom 3? 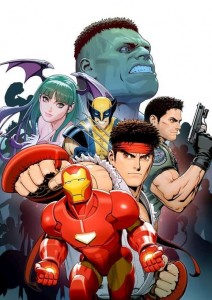 Sure they just announced the game a few days ago, but with 10 years and both Marvel's and Capcom's rosters having grown by leaps and bounds, speculation as to who the new and returning challengers will be has already got fans on the net speculating.  While only 6 have been revealed so far (3 on each side, and all fighting game vets except for Chris Redfield), the trailers and promotional posters almost act as teaser reveals for the characters yet to be revealed.  Think you recognize any?  Hit the jump for speculations from Kotaku.

While Marvel vs. Capcom 3 will most likely not reach the 50+ characters of the previous game, that's hardly something to be upset about, as most of the fighters were palette swaps and clones, many of which were ported sprites from games as far back as 1994.  The trailer shown in spawn's post shows a completely new fighting and graphics engine, so a bit of scaling back will not only ensure that every single fighter, both new and old, will get the special treatment, but also a tighter focus, and most assuredly a finer product.

While the image below are still just speculation from Kotaku, educated guesses are more than welcome. 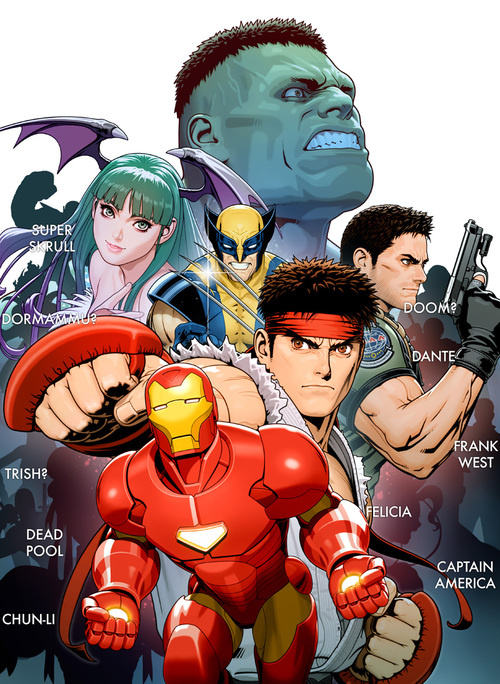