Defenders of Ardania is an upcoming tower defense game, set for release in December this year. It is set in the fantasy world of Ardania, the same world from the Real Time Strategy series, Majesty, also published by Paradox Interactive. We were given a chance to play a preview build of the game. In it, players take the role of the human leader, referred to as “Your Majesty” as they attempt to figure out why Sir Foxwalde has attacked. Rest assured that the story progresses much further than that, with players utilising and fighting units from a variety of races along the way.

Defenders of Ardania has great visuals. Towers and units are well detailed. Environments also look good, and players experience a variety of them throughout the story. As mentioned, it is a tower defense game, so players are definitely going to be looking at these towers often. Towers range from those with large crossbows and catapults, to flamethrowers and crystals, and those are just some of the human towers. Towers change visually as they are upgraded. There are specific towers to use against different classes of units, and a variety are needed to succeed. 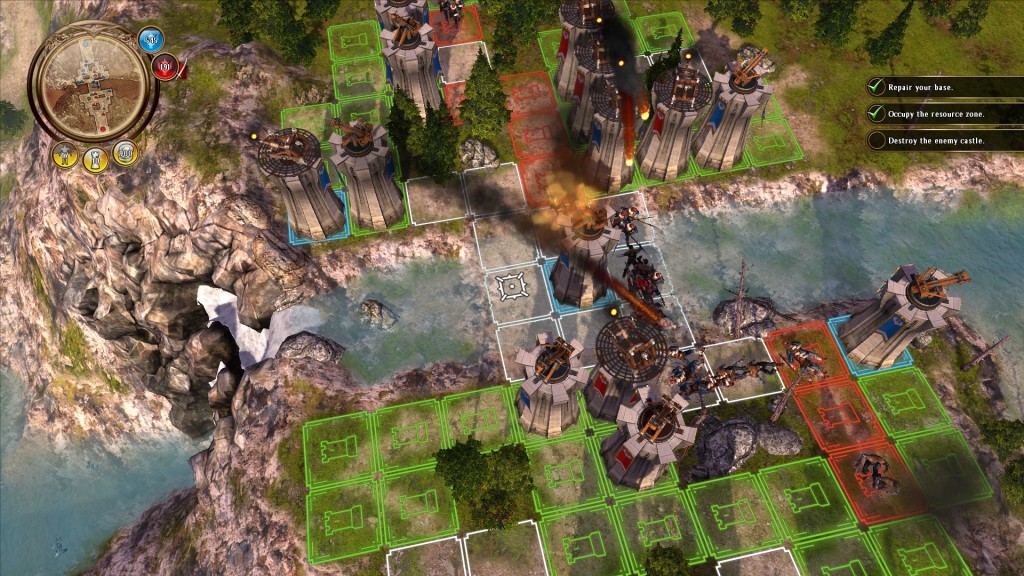 One of the first levels of the game, showing the grid and basic towers.

Players also get to control their own units, with the goal of destroying the enemy castles. Picking units and sending them in waves against the rival castles is easily done, though it takes some getting used to. Once it is learned, it is easy. Each class of unit, for example soldier, will slowly level up the more it is used. With this, its stats are improved, its character model becomes fancier, and of course, its price increases. If the unit levels up to the maximum, a “Hero” unit of that type becomes available - expensive but very strong. This adds an aspect of strategy to the game, as sending the wrong units into the enemy towers will definitely lead to defeat.

The first few missions of the game centre around this, Sir Foxwalde and finding out why he has attacked you. These missions also teach you how things work. It is possible to play without the grid seen in the screenshots, though for the placing of towers it is very helpful. Along the way various spells, units, towers and economy upgrades become available. The story is explained in loading screen monologues and conversations at the beginning of each mission, and is filled with quirky humor. It manages to draw players into the world, and keep them interested until the end. Players of the Majesty series should be interested here, too. 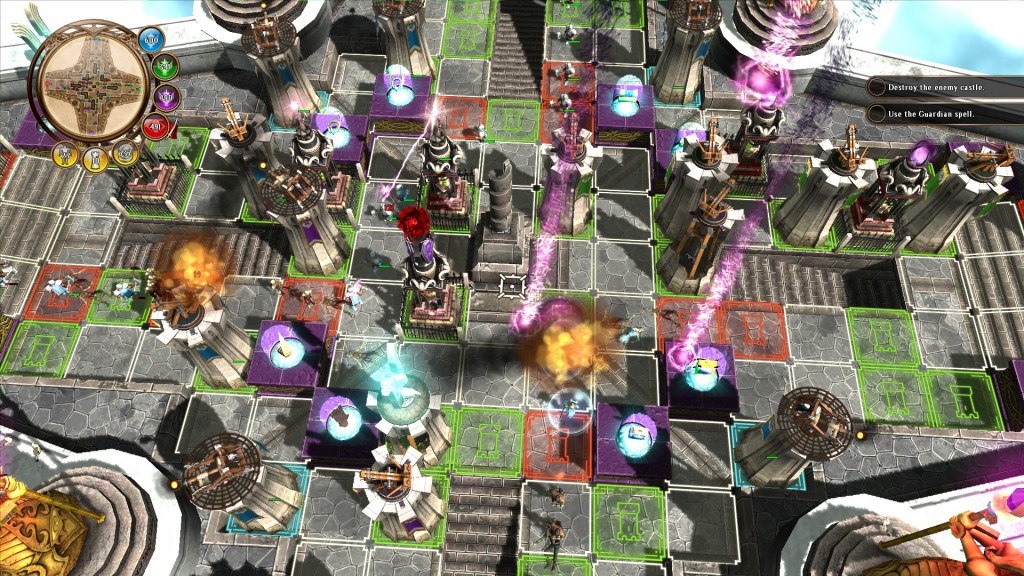 Some of the enemy towers on a more complicated map.

As this is only a preview build, balancing needs to be done, as some of the bosses are a little too strong, and some levels are a little to easy, but with a good while until release, this will likely be fixed. Regardless of bugs and balancing, the game is good fun, casual but not overly so. The multiplayer allows players to play as any of the three races on a variety of maps in free for all and team modes, which adds replay-ability to the game. As the actual missions are where the enjoyment is, multiplayer should be great fun with friends. Getting a chance to play with the units and towers of other races makes things interesting, too.

Overall, Defenders of Ardania is shaping up to be a fun and innovative tower defense game. While not of great length, the multiplayer should sustain those who need more of the action. With variety in environments, towers, units and enemies, it is quite addictive. We here at Gamercide look forward to seeing how it improves by the time it is ready for release.