Yesterday at the Windows 10 Live Event, Microsoft unveiled their new project, Windows Holographic that will allow users to jump into digital content via augmented reality and not the rumored virtual reality. 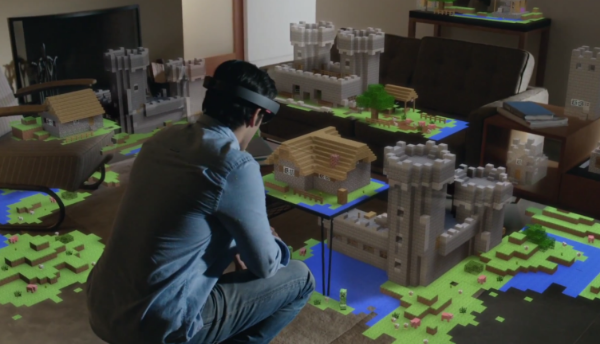 Microsoft's Alex Kipman spoke about their new adventure into AR with what they are calling the Microsoft Hololens.

"We’re not talking about putting you into virtual worlds. Virtual reality might not be for everyone, we’re dreaming beyond virtual worlds," explained Kipman who also detailed that video games will be playing a key role in the use of the Microsoft Hololens.

The Microsoft Hololens does not appear to be strictly for gaming. The video also showcases users using the technology for conference calls, help with work or in the case of the video plumbing, assisting each other with designs, and more.