1. What’s the story behind your gamertag?

My first car I got in high school was a blue 1995 Buick Skylark. No I do not have the car anymore. Sold it when the head gasket started leaking. I have been asked interesting things about where I got the name from, but very few have ever thought of the car. One of the most bizarre answers that someone gave for my gamertag would have to be if it was from Chip Skylark on the Fairly Oddparents. 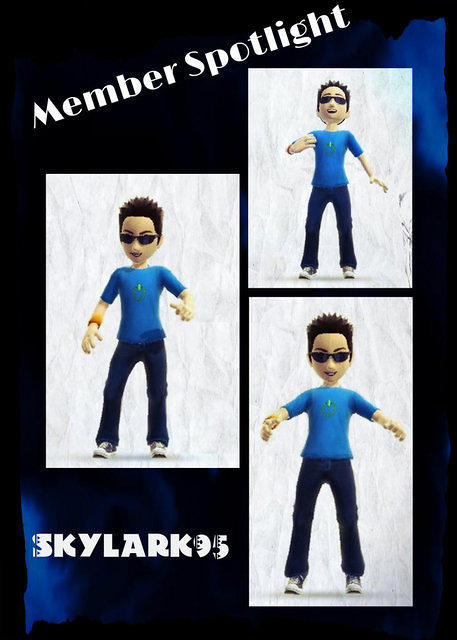 2. What game are you currently playing?

Ask PK the same question and I'll probably agree with his answer.

I like me as is, although it would be pretty sweet to fly. Sure make traveling easier and you wouldn't have to deal with crazy drivers.

Loud music over voice chat... I'm sure the song's great but it doesn't do justice over chat as about all music sounds like crap over a headset.

6. When you aren’t gaming, what are you doing?

Either at work programming or in front of my computer programming. My top android app is Amazon Free App Notifier and my top Desktop program was Imgur Album Downloader with both receiving 1000s of downloads. I'm currently working on an open source program Reddit Image Downloader and it should turn out to be the best program I've written yet. I find writing desktop applications and Android apps a lot of fun so if you ever have a cool idea swing it by me and I might be able to make it happen.

Free tacos for everyone? Force EA to never release day one DLC? Give everyone a kick-*** gaming computer? Make Gabe give us Half Life 3? Promote world peace? If I took over the would why couldn't I do it all at the same time?

8. If someone ran up to you and yelled, "The sky is falling!" and you look up and it is, what would you do?

First I would probably be the crazy one who would stay outside for a little bit and take pictures (If tornado sirens go off, I'm one of the first people to run outside.

) Then I would attempt to find shelter and prepare for Fallout, Midwest Style (Sure, it's not nuclear, but who knows what would really happen

The One and Only