1. What's the story behind your gamertag?

It's nothing heroic. Avahra has been my online identity since I was 12 ish. I used to do a lot of free form Roleplaying (not sexual,mind) and Avahra was my main character. She was awesome, and in her made up elven language her name meant "refusal." I like it so I take it with me. It's the name I use for pretty much everything online. 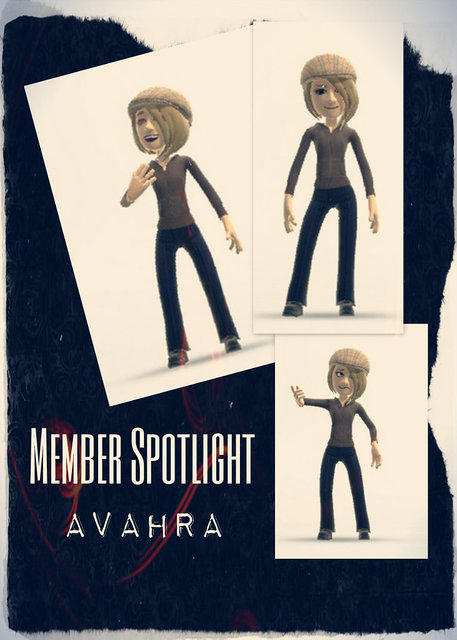 Gah. I'm always playing WoW. I have also been playing some DIablo3. However, D3 has the tendency to piss me off and I find that I don't enjoy it as much as I should so I quit. I've slowly started playing xbox again..kinda sorta. Zuma, Quarrel and other arcade titles.

I got a wee bit excited over the Halo 4 announcement. Mists of Pandaria for WoW and i'm sure there are others that I am blissfully unaware of.

Realistically? A published Author. In the land of pretend I'd be a shape shifter so I could spy and shit on peoples heads as a bird.

There's a couple,. The biggest one would have to be when my gender gets involved. Tits or gtfo? How about you show my your dick first.

I also dislike playing with people who don't speak English. (Shallow, I know but it's miserable not understanding others)

6. When you aren't gaming, what are you doing?

8. What would you do for a Klondike bar?

I've never had a klondike bar..

Member Spotlights are back from days of the old. Keep an eye on your inbox here at Gamercide to see if you are chosen.