Betrayed by his fellow demigods. Locked away in Hindu hell for 12,000 years, his rage building all the while. Asura's wrath is great indeed, and now he has returned to set things right.

Let's clear one thing up right away. As much as it might seem so, this is not a Japanese God of War clone. There are certainly some similarities, but Asura's Wrath is very different from God of War or other similar hack'n'slash titles. In fact very few, if any, games are all that much like Asura's Wrath at all. The approach taken is quite unlike most games you may have seen. You spend as much time watching the game as playing and interacting with it. This may turn many players off, but if you're willing to give something innovative a try, you might be surprised to find a rather engaging experience. 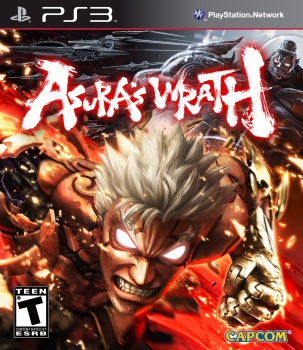 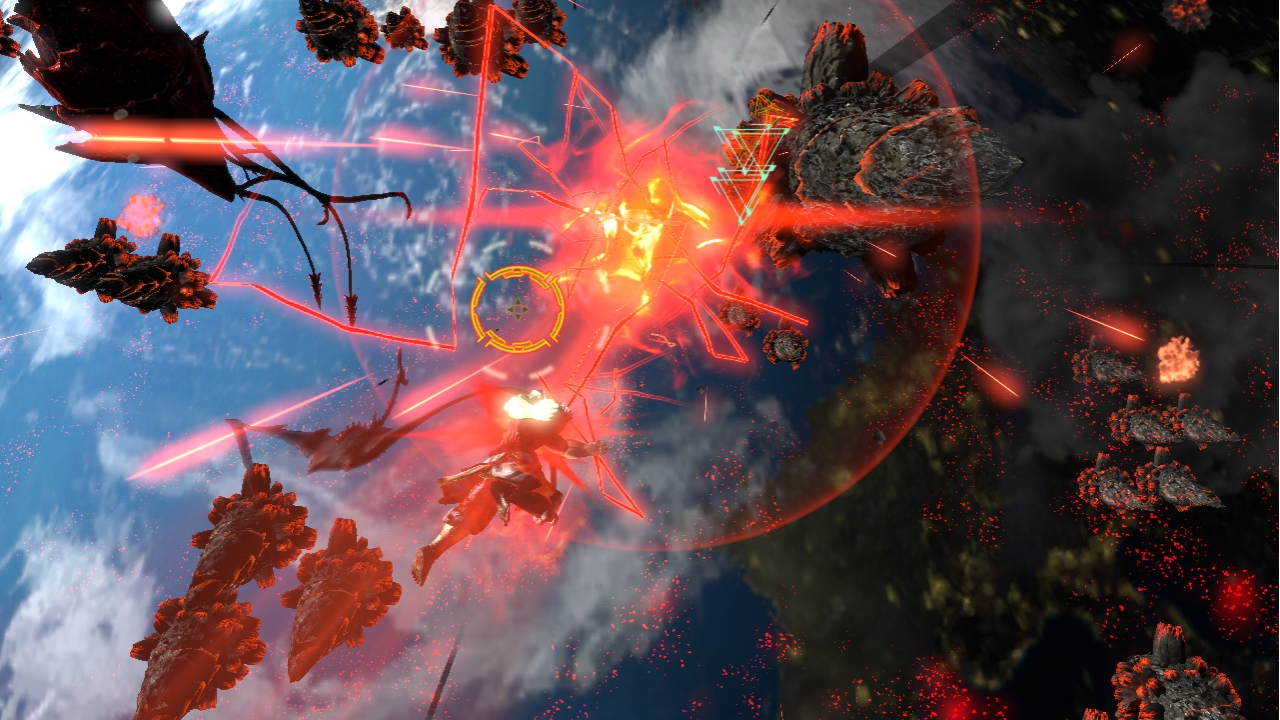 The game starts out with a level very reminiscent of the final boss battle of N64 classic Sin and Punishment. You fly around using your lock-on projectiles to fight the entire freaking planet. Or rather a colossal, menacing entity emerging from it. The story is certainly very epic and Japanese, taking inspiration from various sources including anime and mixed Asian mythology. The entire structure of the game is modeled after an anime series, with levels being separated by episodes, including credits, commercial break wipes (where the logo and a screen shot transition in and out, and a commercial would normally happen in between), a big "TO BE CONTINUED" at the end of every level, and even previews for the next episode. After completing each episode you are also treated to some still scenes of artwork, some of which is fan made, explaining more of the story than what can be shown in the cutscenes. The entire game feels like an anime, with long scenes of crazy action and story, and gameplay sections in between. All of the superpowers and craziness of a good action anime are here for your entertainment needs, in addition to a well crafted, grand scale story the likes of which you'd expect from a good anime. There's even a Japanese voice over option for good measure. 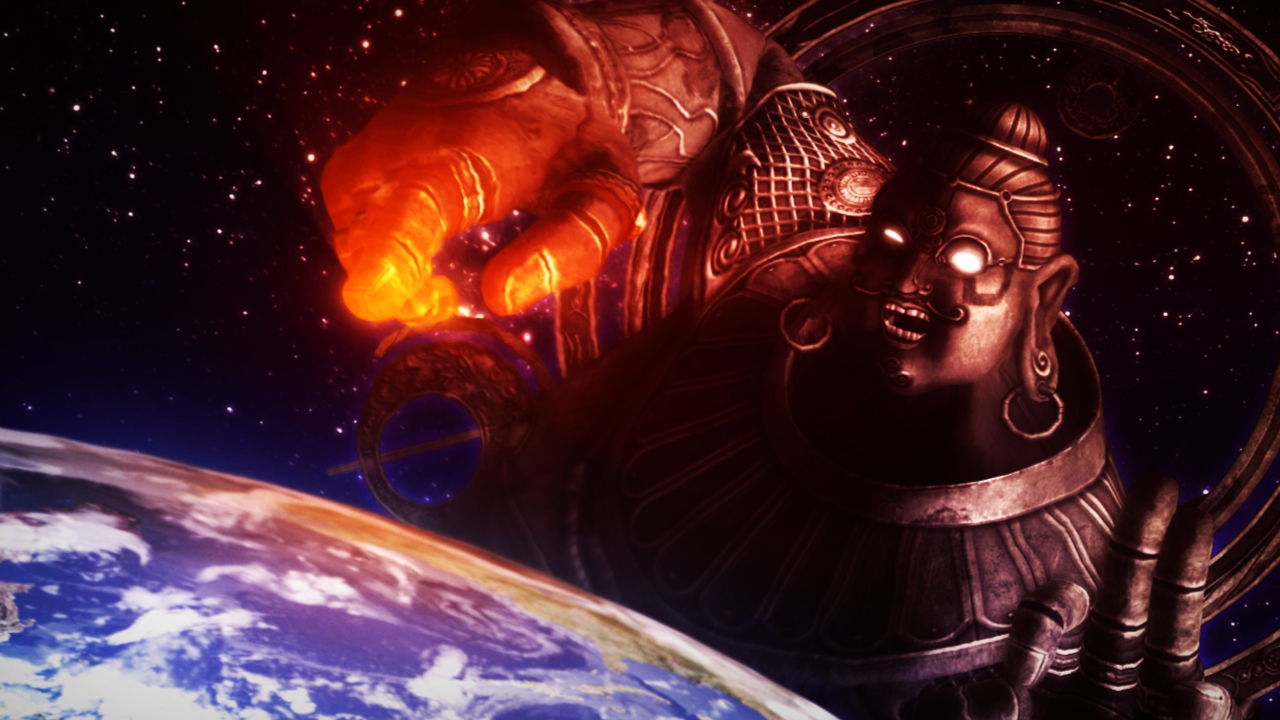 Outside of the cutscenes, which are often interspersed with quick time events (which are well implemented and never seem unfair), the gameplay can be divided into two main categories: brawler and shooter. The shooting mechanics (all of which involve Asura shooting energy out of his fists rather than using weapons) are simple but effective, having you either fly or run around in an on-rails or 2D environment. You aim the reticule over targets to get multiple lock-ons for your energy missiles to blast at, while holding another button to shoot your basic projectile that simply fires straight at the reticule. It serves its purpose as a means for Asura to fight colossal things that are entirely out of pummeling-to-death range, but it's in the brawler mechanics that the game truly shines. You can run, jump, punch, dodge, enter aiming mode to fire your basic projectiles, and unleash a power attack that takes a short while to recharge. While most normal enemies do have health and can be defeated, your goal is to use all of Asura's moves to build up his rage so you can hit the Plot Advancement--er, Burst button, at which point Asura's rage will reach boiling point and he will destroy anything in his way until he gets to the next section of the game, usually through quick time events. 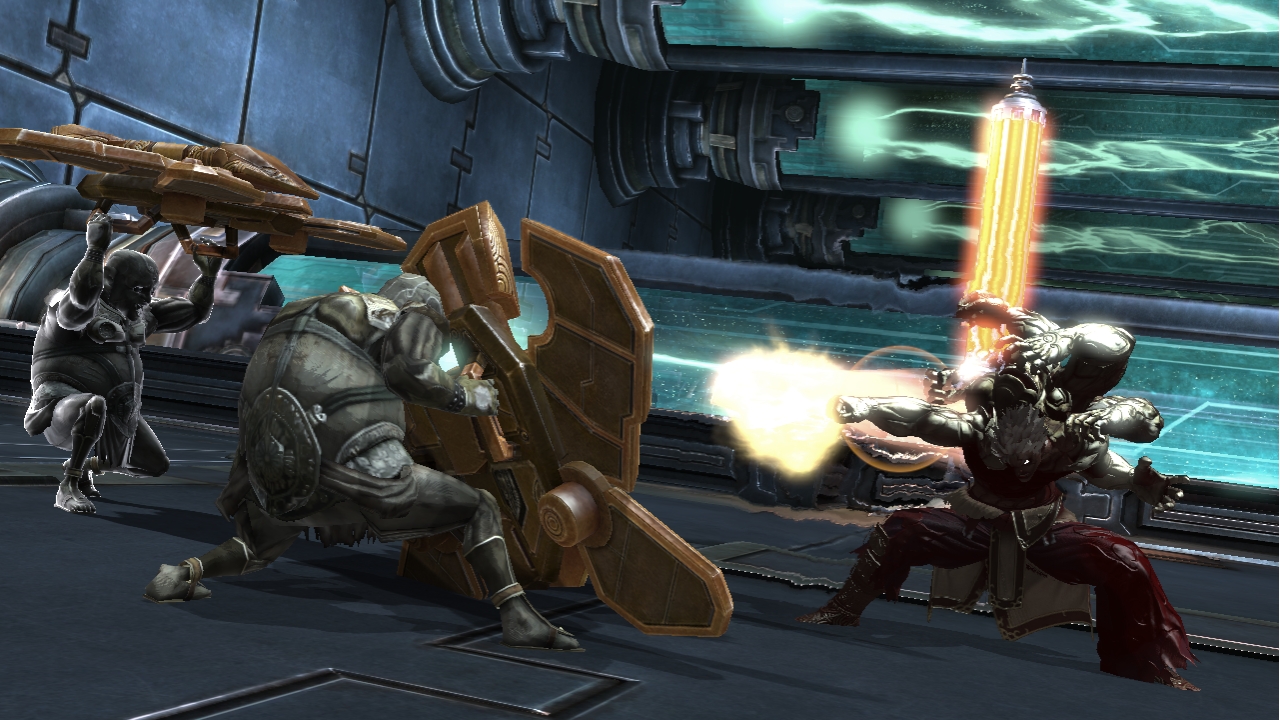 At the end of each level you are given a rank based on completion time, battle points, and your accuracy with quick time events. On top of the multiple difficulties (the hardest of which is thankfully available from the beginning), this adds a good amount of replay value to the game. The game isn't necessarily all that short, but it certainly can be beaten in only a day or two. There is still plenty of replay value for getting a better score, and enjoying some of the gameplay sections (the cutscenes can be paused and skipped, both of which should be standard in games today). The boss battles in particular can be great fun when you've learned all of the mechanics of the game. 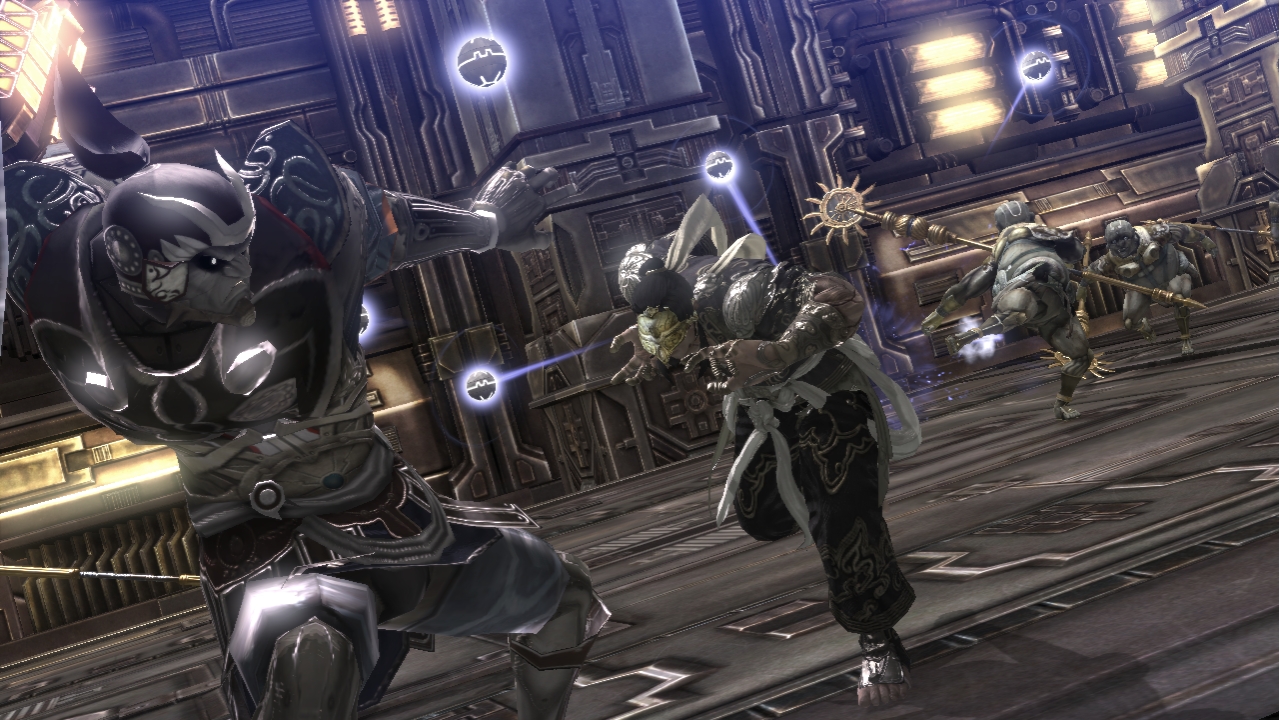 This may be a mild spoiler, but partway through the game you get to control a second protagonist, Yasha. His move set is roughly the same as Asura's, just more stylish.

Asura's Wrath isn't quite like any other game I've ever played. It is a perfect example of not only games as art, but how entertainment multimedia doesn't need to be so black and white. You could easily say this would have worked better as a pure anime, or with more gameplay. But as an anime it wouldn't have had the same impact, being surrounded by so many similar animes that inundate the market. And if the gameplay was extended, the game could get repetitive and drawn out (though personally I believe there could have been more gameplay segments, or at least some form of challenge mode to let you play around in). How the game is now, it never felt too repetitive, or like the cutscenes dragged on for too long without any interaction. Asura's Wrath takes the best elements of both and attempts to craft them into one innovative package. In this day and age of gray shooters and fetch-questing talking simulators, it's not an easy risk to take, especially with a game of Asura's Wrath's scale, but it paid off. Buy it, rent it, wait for it to go on sale, or whatever you're comfortable with. If you like anime, or even just a good, over-the-top story, Asura's Wrath is definitely worth checking out, solely on the merit of it being something completely innovative in gaming.