[Rumor] - Ezio Auditore to be a playable character in Soulcalibur V 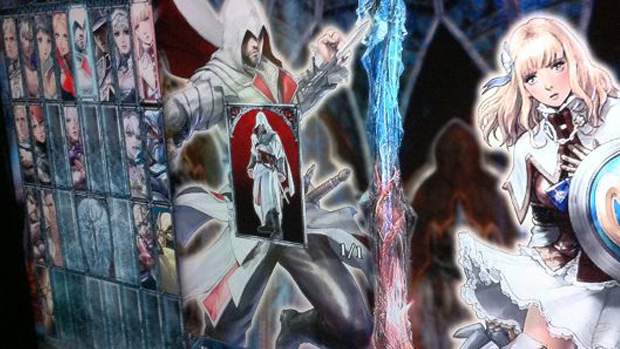 As we all know, Ezio Auditore da Firenze is the biggest badass to come out of Italy in the past six hundred years. But how would you like to play as him against some of the whackier characters to come out of a Japanese fighting game? It is rumored that Ezio will be a playable character in Soulcalibur V. It's doubtful that you will be able to jump down from a rooftop and instantly assassinate your opponent, however Ezio is a master of many weapons and would make a great addition to the weapon based fighting in Soulcalibur. Soulcalibur is no stranger to cameo appearances, so this awesome rumor could very well be true.